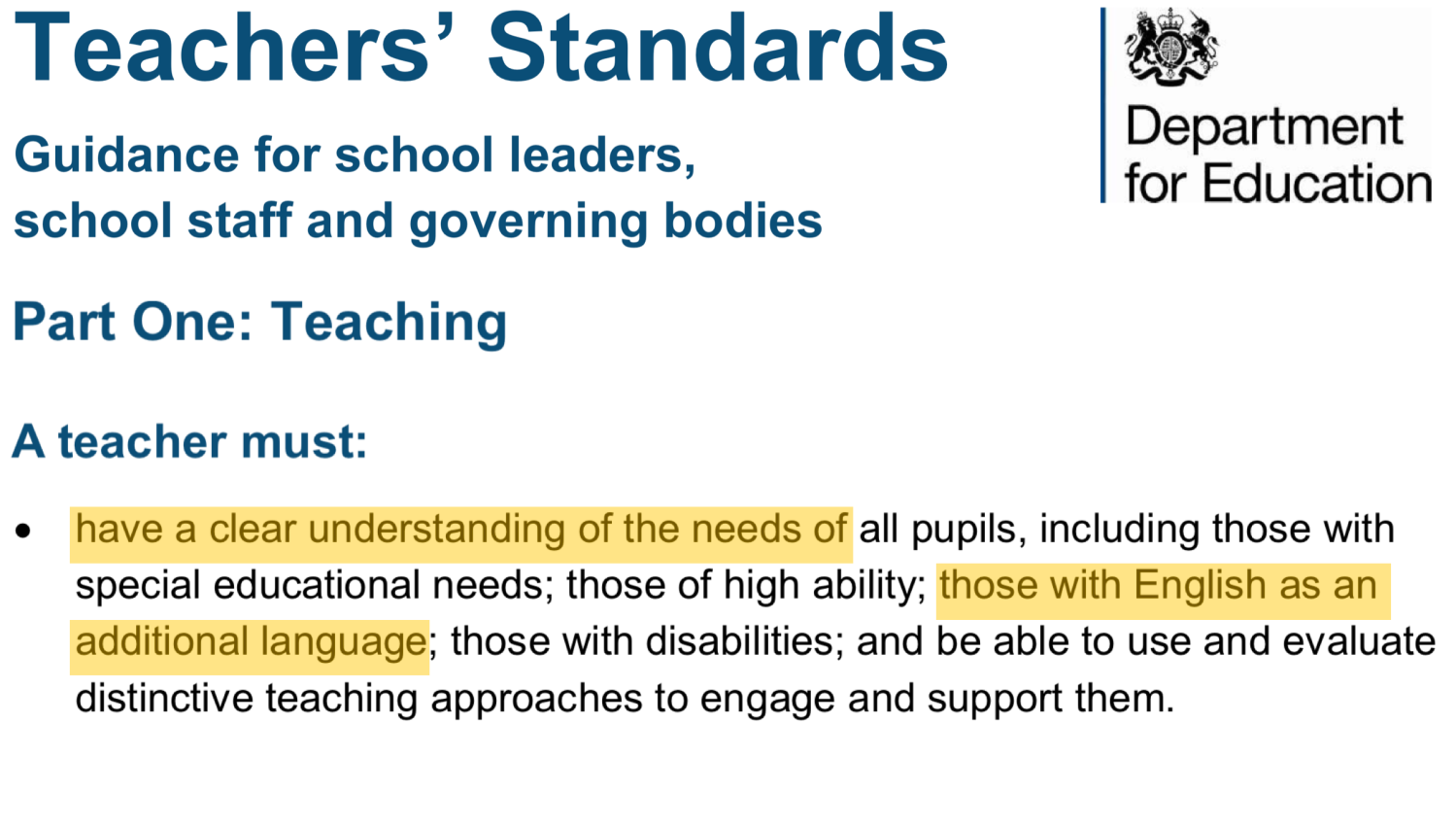 The EAL Journal blog publishes plain language summaries of EAL-related Masters and Doctoral research.  In this post Emily Starbuck, who did her Masters at Oxford Brookes University, presents a summary of her research into how well prepared teachers feel about teaching EAL learners. 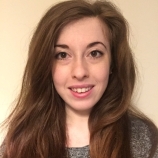 Background: Why I did my study

Every year the DfE conducts a survey of Newly Qualified Teachers (NQTs, teachers in their first year of service). The government describes the purpose of the survey as follows:

“This annual survey was created to understand and monitor NQTs’ views on the quality of their initial teacher training (ITT) and their induction into teaching. The results are used to help shape policy and are shared with universities, colleges and schools involved in ITT.”

One of the questions in the survey asks NQTs how well their initial teacher training prepared them for teaching pupils with English as an Additional Language (EAL). To my surprise, NQTs have consistently given this aspect of their training the lowest rating. The proportion of NQTs saying that the extent to which their initial teacher training prepared them for teaching EAL learners was ‘good’ or better has never exceeded 50%. This is a lower rating than for all other aspects of their job (see chart below), and has been the case in every survey conducted since 2004. 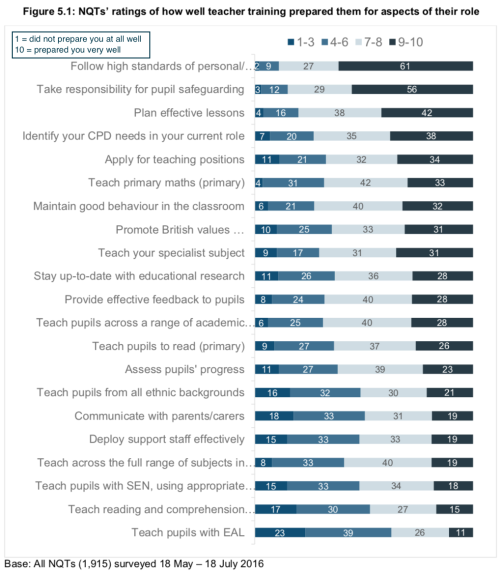 I linked this observation to a report by Dixon (published on EALjournal.org here), showing that the average growth in numbers of EAL learners nationally since 2004 is 275%. This average figure is impressive, but it hides massive variation across the country. As can be seen on Dixon’s map, below, many rural areas saw much bigger relative growth than urban areas. Previous studies have found that teachers in rural areas feel a lot less prepared to teach EAL pupils than their urban counterparts. In the light of the considerable growth in proportions of EAL learners in rural areas, I wanted to see whether these differences still existed. I also wanted to assess whether, in the eyes of teachers, the results of the NQT survey had shaped policy in initial teacher training, as the DfE had declared that it would. 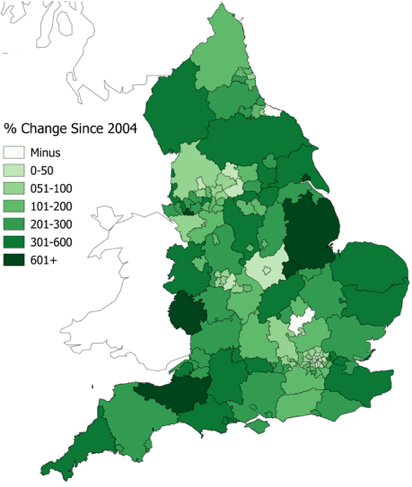 Distribution and change in proportion in EAL learners across England

The most important part of the research was to generate a discussion between teachers, in order to build a picture of their feelings about how well prepared they were to teach EAL pupils. I used two focus groups to set the foundations for the discussion, one with four teachers from a rural primary school and one with three teachers from an urban primary school. I wanted to find out about four main areas: their overall perceptions of preparedness to teach EAL primary pupils, how well their initial teacher training had prepared them for teaching EAL, whether experiences and training in the workplace had informed these perceptions, and any common assumptions about the teaching of EAL pupils. I used Hampshire EMTAS’ EAL conversation cards to guide the focus group discussion. These conversation cards encourage teachers’ to think about scenarios involving EAL pupils and discuss related practice and policy. This allowed me to begin to compare the journeys taken from initial teacher training to the present among the teachers involved in my study.

I followed the focus group discussions with telephone interviews with each of the participants. These allowed me to delve more deeply into the areas that came up in the focus groups and get further insight into each teacher’s personal experiences. I analysed the responses to the focus group and phone interviews to identify common themes and assess whether there were any important differences between the rural teachers and the urban teachers in terms of how well prepared they felt to teach EAL learners.

The study revealed both differences and similarities between teachers in rural and urban areas, some more surprising than others. Unsurprisingly, the urban teachers had a lot more experience teaching EAL learners. They generally felt better prepared to teach EAL learners than the rural teachers. The urban teachers also had more resources available to them and felt that they were better equipped to provide for EAL learners. The similarities between the two groups were far more surprising. The majority of participants said that they received little to no training in their initial teacher training that would help them support EAL pupils. They also said they were not aware of professional development opportunities available to them to remedy this, and felt that not much support was available from their schools. This led to the teachers revealing they lacked confidence to meet the needs of EAL learners, and felt extra pressure to do it themselves with no external help or guidance.

These findings indicated an urgent need for improvement. The quality of educational provision for EAL learners currently relies on the experience of individual teachers. The teachers I interviewed felt prepared to teach EAL learners only after they have had many years’ experience doing so. Given the rise in proportion of EAL learners nationally, and especially in rural areas, training needs to ensure that teachers feel prepared from the start. They should then be supported throughout their careers so that they feel confident to provide for EAL learners regardless of the amount of time they have been a teacher and the areas in which they have taught. The DfE’s ‘Teachers’ Standards’ document states that it is a legal requirement for teachers to be able to provide for EAL pupils in the classroom. Clearly, current initial and ongoing teacher education is not meeting this legal requirement. This means teachers go into the classroom lacking the confidence and skills to meet the needs of a significant proportion of their students. Government, Local Authorities and schools need to meet their responsibilities and support teachers in developing how they provide for EAL learners so that quality of provision is the same no matter where the school.

Emily Starbuck did her Masters in Childhood Studies with a focus on ESL and SEN at Oxford Brookes University.  Since graduating, she has been working as an Assistant Director for Explore Learning.