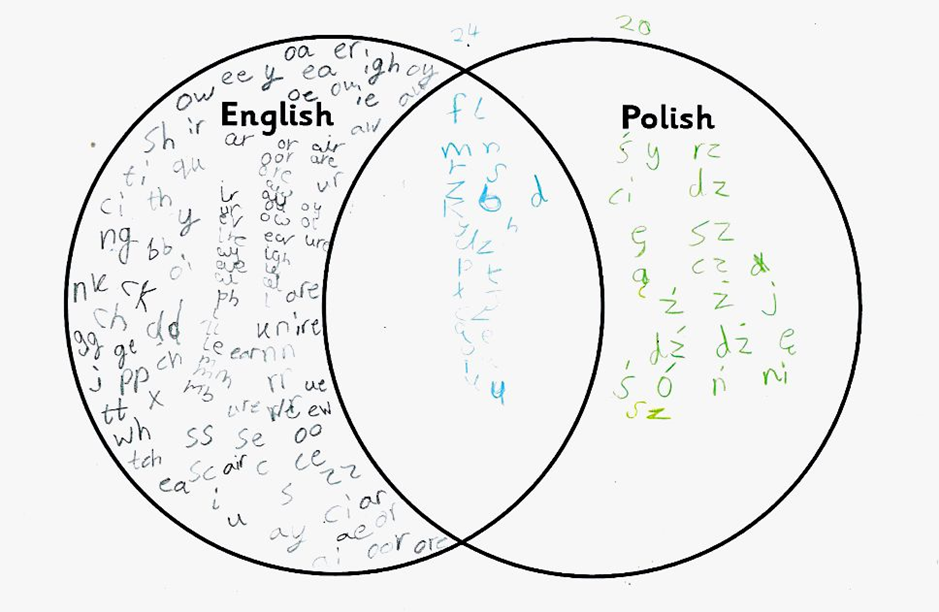 The EAL Journal blog publishes plain language summaries of EAL-related Master’s and Doctoral research. In this post Dominika Gordon, EAL teacher at Eaton Square School in Kensington, London presents a summary of her Master’s research on using bilingual books as a way to foster biliteracy among bilingual pupils.

Background – Why did I do this research?

Bilingual learners have always been part of the British education system. Although much research has demonstrated the benefits of bilingualism, it seems that schools often fail to acknowledge the potential of their bilingual students. It is still common, for example, to hear teachers repeating the myth that learning another language will confuse children and slow the process of learning English, rather than hear them talk in terms of the assets that bilingualism can bring.

For my Master’s research I was interested in how to encourage bilingual learners to use and have pride in their first languages (L1s). In particular I was interested in fostering biliteracy. That is, literacy in both English and their L1. To do this I explored the potential for using dual language books in class. As literacy in L1 can be less well developed than literacy in English, I wanted to explore how bilingual books could foster transfer of skills from English to the L1, and whether these books empower children to become confident bilingual readers.

What did I do?

Using a bilingual version of a story called ‘Not Again, Little Red Riding Hood’, participants took part in a series of lessons that explored the use of the two languages in the book. 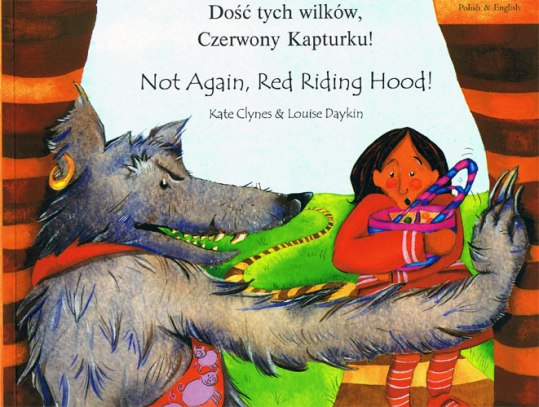 As well as read aloud sessions, the children created language portfolios. These included creating a Venn diagram and sound chart to explore similarities and differences between the grapheme/phoneme relationships in both languages, translating activities, such as matching two set of cards with sentences taken from the book, and comparisons of vocabulary to facilitate discussions about meaning in both languages. In addition, they identified and compared reading strategies that they could use in English and Polish. The reading sessions were audio recorded and observed by the teacher. 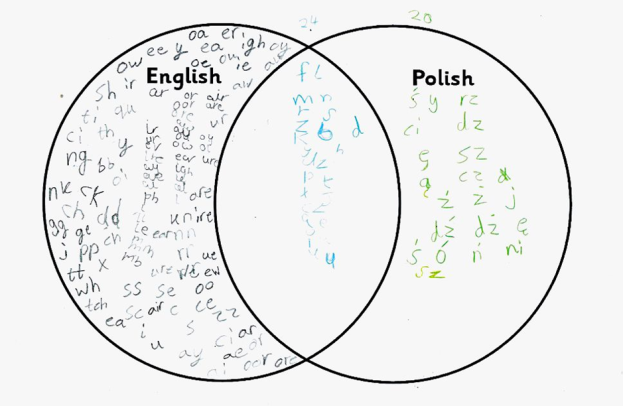 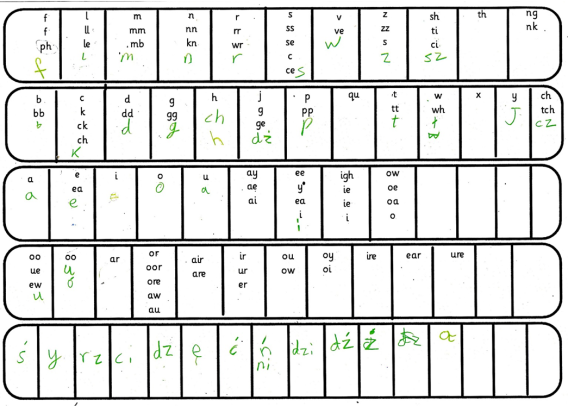 Following the reading sessions, the transcript of the recorded interactions between participant and teacher were coded to explore the whether using the dual language books contributed to the development of the children’s biliteracy.

What did I find?

Pupils associated their two languages with different contexts: Polish and Polish Romani for home, and English for school. Since school was the place where they mainly used English, at first it seemed difficult for them to talk about their learning experiences and specific skills in Polish. However, the children came to welcome using their L1 for reading. For them, the languages ended up complementing each other. Polish was a solution to problems associated with comprehension in English. They quickly realised that developing their Polish literacy could help form a bridge between their two linguistic worlds.

Polish became a stimulus to talk about other stories the pupils knew in their L1. They were able to use their cultural knowledge of traditional tales to support their general literacy development. If restricted to only English, this may not have been possible. They engaged in detailed discussions about the story, switching between languages as necessary. I believe that this enabled them to understand the content of the story in more depth, and experience greater ownership of their knowledge acquired through their L1. This was visible when they started using Polish to retell the story or include additional information which they could not do in English.

I found that dual language book extended children’s knowledge of phoneme-grapheme correspondence in English, Polish and across both languages. To assess their skills, I asked them to read the sounds in both languages using the phonics assessment sheets. Through using the sound charts and Venn diagram, I found out that they could apply their knowledge gained through synthetic phonics in English to compare it with the Polish alphabet. For example, they identified examples such as /j/ which in English is represented by the grapheme <y>, and in Polish by <j>. They agreed that maybe some sounds existed only in one alphabet.

When children were translating sentences and talking about the meaning of particular words and expressions, they noticed that the same concepts can be denoted differently in both languages and they became weary of the synonymous expressions. One of the sentences taken from the book was “I’m starving” which was translated as “Umieram z głodu” – literally “I am dying of hunger”. The children noticed that the literal translation is imperfect and that the two languages require different expressions to convey the same meaning. They were also able to extend their English vocabulary by  comparing new English words with their Polish versions in the text. 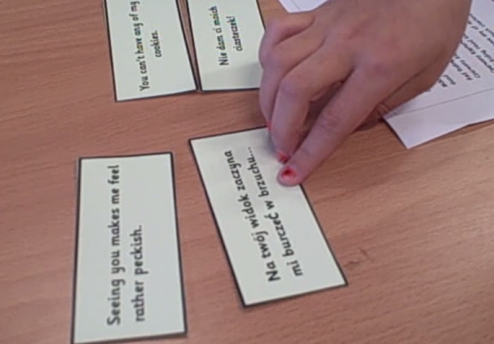 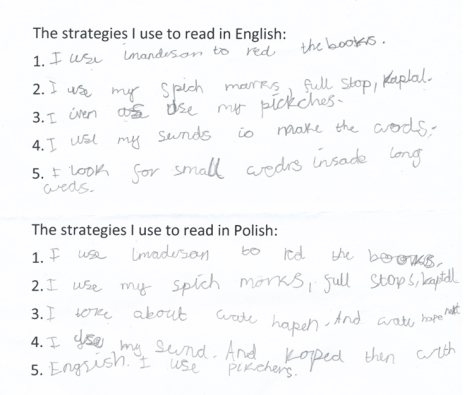 In order to achieve positive outcomes, however, teachers must be provided with effective methods and strategies, as well as with additional training so both teacher and student benefit from the full potential of emergent bilinguals’ existing skills.

This post is a plain language summary of Dominika’s Master’s dissertation, The Role of Dual Language Books in Fostering Bilingualism, completed at Goldsmiths, University of London. The full dissertation can be obtained at Goldsmiths’ Library.