Julia Boonak is Head of International Department at Bromsgrove School in the West Midlands. Bromsgrove attracts students from all around the world, representing a wide variety of languages and cultures. In this post Julia describes the school’s annual, student-led showcase of diversity through an all-singing, all-dancing modern revue in celebration of their multilingual community.

Bromsgrove School is a co-educational independent school in Worcestershire for pupils aged 3 to 18. Of just over 2000 pupils, 350 are internationals, and come from 51 different countries across the world. Community cohesion has always been on the agenda at Bromsgrove School, and it is embedded into the curriculum through the development of successful learners, confident individuals and responsible citizens. In addition, the teachers, staff and students in the five Boarding Houses play a vital role in encouraging and building that inclusive community, where the diversity of students’ backgrounds and circumstances are appreciated and valued. 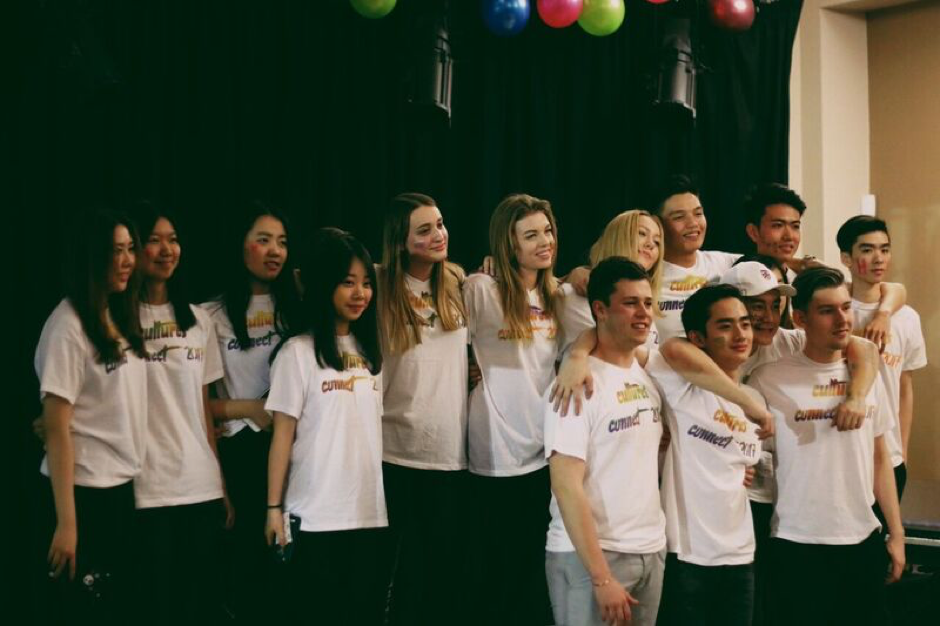 A focal point for our communities to foster strong relationships is the Cultures Connect Concert which takes place every March after half term. The idea came about when a Japanese student studying English B on the IB Diploma Programme, was asked to write a proposal for homework. He chose to propose a change to a concert traditionally held in February, called the Chinese Concert and which had been running extremely successfully for over 20 years. His argument was that the increase in the variety of nationalities in the School had meant that a concert exclusively for Chinese performers (even though anyone was invited to watch), should be widened to include performers of all nationalities represented in the School.

‘From the previous Chinese Concerts, we learnt that the idea of expressing one’s culture on stage is successful; [in the] same way, in 2017, we can have a fusion of performers with all nationalities, representing the culture of all sorts. The “Cultures Connect” [concert] will ultimately symbolise one of the greatest legacies of Bromsgrove School: being the jubilant cultural melting pot. The participants in Cultures Connect [will be] everyone who wishes to share their unique cultural identity — it can be as easy as just performing a song in your mother tongue— to the Bromsgrove School community.’

I couldn’t help but agree with him, and with the permission of our Headmaster (who originates from New Zealand), we changed the concert to an international one.

We used the model the Chinese Concert had been using: the sixth form created their own committee, advertised for acts, auditioned the acts, worked with the Performing Arts department to arrange lighting and technical support, decorated like mad, and arranged catering. They formed sub committees to lead the younger students in years 9 to 11 with various responsibilities. The inaugural Cultures Connect Concert took place in March 2017 and before the opening act, everyone had the flag of their home nationality face-painted on their cheek. The hosts for the evening were a British and Ukrainian pair, and they entertained us in Bruce Forsyth fashion. Students performed various acts from their home languages and cultures. We saw a Chinese rock band, a German Oktoberfest song, Russian rap, Russian pop, Chinese love songs and a Yoruba love song. A highlight included a poem read by a Russian L6th student, which despite being in Russian was understood by the whole audience due to the emotion it conveyed. We were left breathless. Another highlight was the performance by a Year 9 student who played the Erhu, or Chinese Violin, so well that he received a standing ovation. 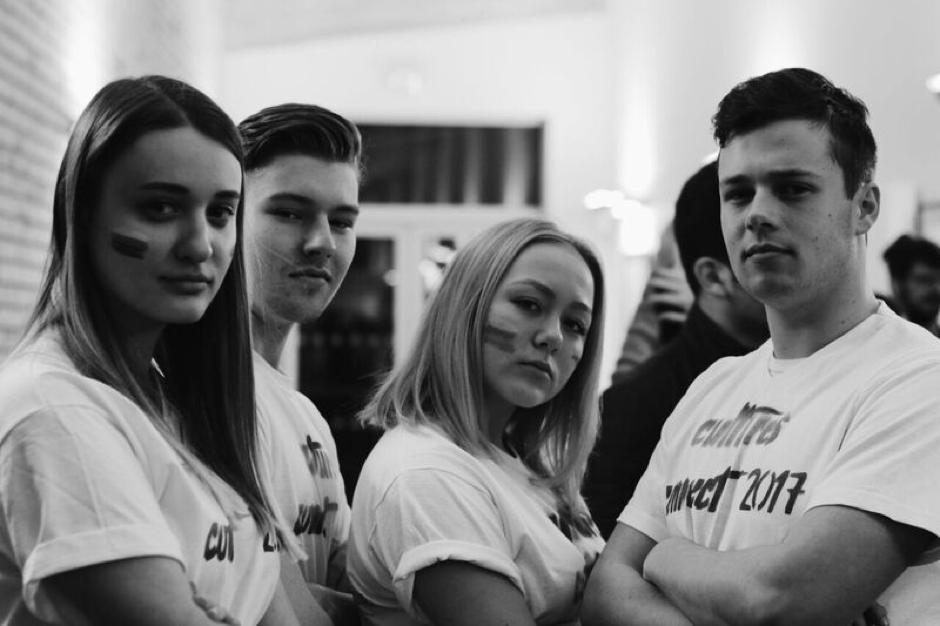 The whole event was planned and executed by the student team very professionally indeed. The evening ran without a hitch. Even the photographs and videos of the event were taken by our international students themselves. But how do we know as a School that it was successful in terms of building community cohesion? Feedback from the students was positive, ‘I never realised how interesting it could be listening to songs in other languages,’ said one Year 10 student. Two of the Year 9 performers, a Russian and Belgian, were do to do a duet, but suffered from stage fright just before they were due to go on. A group of Russian and Lithuanian students helped calm them down and in the end they did perform and were so proud of themselves that one called her Mum straight after to tell her how well she had done! Volunteers for the 2018 Cultures Connect Concert committee are up to 40 students from 13 different nationalities already, an increase of over 50% last year, showing that students are happy and proud to share their cultural heritage and languages at Bromsgrove. They are already planning the recording of the acts pre-concert to put on CD to sell at the performance.

Julia is also a member of the NALDIC Independent Schools Special Interest Group. If you’d like to get in touch with other independent school teachers with an interest in EAL learners, you can join their Facebook page here.