Andrea Tan reports on a research seminar that she led at Bangor University, Wales, last month. It focused on the needs of EAL pupils with special needs, highlighting the paucity of research in this area, especially in the UK.

In the past two decades, there has been some attention given to meeting the needs of pupils with diverse needs. Terms such as ‘SEN’ (Special Educational Needs) and ‘EAL’ (English as an Additional Language) have become familiar to teachers, assistants and parents who are trying to figure out the support most appropriate for their pupils or children. Even as frameworks and guidelines for supporting these pupils are updated in an attempt to (hopefully) better cater to their needs (e.g. SEND Code of Practice in 2014, five EAL Proficiency Stages in 2016), it is not uncommon to hear practitioners and parents still desperately trying to find solutions for better support.

One area that is particularly confounding is that of assessing the needs and determining the kind of provision suitable [for] children who have EAL and who seem to display difficulties with accessing the curriculum. Further support for this came in the 2015 school census where it was reported that 15% of pupils in state-funded primary schools in England whose first language is other than English have special educational needs (Department for Education 2015; though note that little is reported on their EAL proficiency).

My research aims to fill in the gap by examining the pedagogical support given to pupils with both EAL and SEN in four schools in North West England. Interviews were conducted with staff and pupils separately, in addition to lesson observations of classes involving literacy or numeracy. 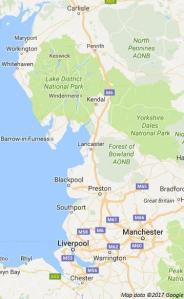 The EAL pupils who participated in this study had a range of special needs, with most of them having either speech and language difficulties or moderate learning difficulties.  In the seminar, I explained some of the characteristics of pupils who have these difficulties and how they might affect the pupils’ learning and interaction in the classroom. Nevertheless, it has to be pointed out that there is not always a clear definition of these needs, especially ‘moderate learning difficulties’ – the definition provided in official government documents seems to overlap with that of the low achievers (Norwich & Lewis 2001; Fletcher-Campbell 2005).

The EAL pupils were of various ethnic minority backgrounds and spoke a range of home languages (e.g. Polish, Farsi, Arabic, Punjabi and French). I presented some of the key findings regarding the strategies used to support these pupils. While there were some common strategies, the results suggest differences in the application of these strategies for pupils with different types of special needs.

See the current issue of the EAL Journal for a detailed review of the research evidence on EAL and neurodevelopment disorders, written by Lisa-Maria Müller.

Participants at the seminar highlighted the difficulties of differentiating learning needs from the language needs of EAL learners. We discussed how differentiating the tasks given to pupils according to cognitive demands and contextual demands might possibly help in identifying the needs of the pupils and types of tasks suitable for them (Frederickson & Cline 2015). For example, for an EAL learner, it might be useful to assign tasks embedded with contextual clues (e.g. visuals to scaffold unfamiliar cultural words or concepts in a reading passage). However, for a child with both EAL and learning difficulties, the teacher can assign tasks which are not only context-embedded but also less cognitively demanding, according to the strengths and weaknesses of the child’s learning in the subject area. Of course, in order to be able to make appropriate adjustments, the school needs to have knowledge of the EAL proficiency, language repertoire, cultural background and developmental progress of the pupil. In this respect, perhaps the new EAL Proficiency Stages, though criticized for its rather general stage descriptors, may at least underline the importance of taking into account the varied profiles of the EAL learners. Hopefully, in future, this can be extended to include consideration of the special needs that some of these learners may have and the pedagogies appropriate for learners with the dual needs of EAL and SEN.

The seminar, including a video-link to participants overseas.

The study was conducted with the support of an Anniversary Scholarship from Bangor University and valuable advice from Dr Jean Ware, Professor Brahm Norwich and Dr Gwyn Lewis.