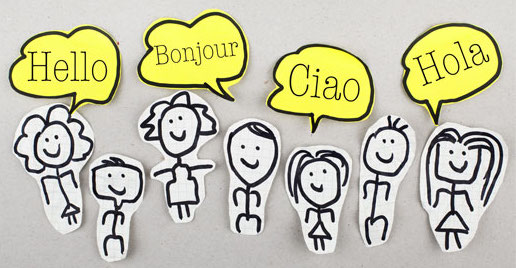 Justine Greening took office as the new Secretary of State for Education last week. NALDIC has written to welcome her to the sector, and to urge her to engage with EAL. This post contains the full text of our letter.

I am writing on behalf of NALDIC, the National Association for Language Development in the Curriculum. We work with the 1.1 million children in the UK for whom English is an Additional Language (EAL) and are committed to promoting the learning and achievement of bilingual pupils in schools. We draw our membership from those who work in this field in schools, universities and other educational institutions. We would like to congratulate you on your new appointment and welcome you to the education sector.

We were heartened by Mrs May’s speech about the union between different communities in our country, but we also recognise that public debate has presented an extremely negative and misleading picture of contemporary diversity. Young migrants, and the children of migrants, are often presented as a burden whose lack of English means they will struggle to integrate. The reality is just the opposite, and we wanted to take this opportunity to share some key findings with you:

The young people in our schools speak over 300 languages between them. It is well known within the research literature that bilingualism confers a number of advantages, including cognitive ones. At a time when Britain is renegotiating its place in the world, they have an enormous amount to contribute.

Reports about how well ‘EAL pupils’ perform mask great disparities. The full achievements of these pupils go unrecognised and those who need support are harder to identify.

The EAL tag in the National Pupil Database identifies whether or not a young person is believed to speak another language in addition to English. It does not convey what languages pupils speak, nor how proficient they are in their languages.  There are moves to deepen the data collection with ‘EAL stages’, but at present these initiatives are somewhat vague and urgently require further ministerial leadership.

Finally, we would like to recognise the many languages that are part of everyday life in the UK. This is not a question of integration; it is a reflection of an increasingly connected world and the enormous contribution that young migrants are making to our country’s growth.

The recent referendum brought into question whether expertise matters. We passionately believe that it does, and these recommendations are based on solid research evidence:

There are over 1.1 million learners who use English as an Additional Language and we have a great deal of solid research to inform teaching practice; but it often gets only a short session in a PGCE or BA Education. There is no current guidance available from the DfE or Ofsted websites, all mention of EAL has been removed from the current Ofsted Inspection Handbook, and there is no requirement for senior practitioners (EAL Coordinators) to be qualified to a higher level (as there is with Special Educational Needs, for example).

The DfE has announced that it will record EAL children’s proficiency in English through the National pupil Database, but the current approach is very fragmented. There is no evidence of expert input and no apparent plan to introduce the standardisation materials that are vital to effective and nationally consistent assessment. We have received different messages from different people within the Department, and Ofsted seems to know little about this development. We broadly welcome the introduction of more-detailed data collection, but ask for urgent ministerial oversight and would be very happy to offer our expertise in this regard.

Finally, we believe that your recent appointment is an excellent opportunity for you to make sure that work aimed at supporting children with EAL actually reaches them. Funding for EAL is often dispersed among interventions aimed at different ethnic groups (because a lack of clear data on EAL encourages schools to use rough proxies). Access arrangements for exams vary widely across the country, making provision inconsistent and disadvantaging many learners. Clear leadership from the Department would make an enormous difference.

Last week, our new Prime Minister made simultaneous arguments for a more inclusive approach to government and for our country to seek a new role in the world. The multilingual children in our schools are a vital resource for both, but have been neglected by the Department for far too long. As the subject association for EAL we have over twenty years’ experience of practice and research with multilingual children. We would like to invite a member of your team to join us at our annual conference in November where they could meet specialist teachers and researchers. We would also, of course, welcome an opportunity to meet and discuss our findings further.