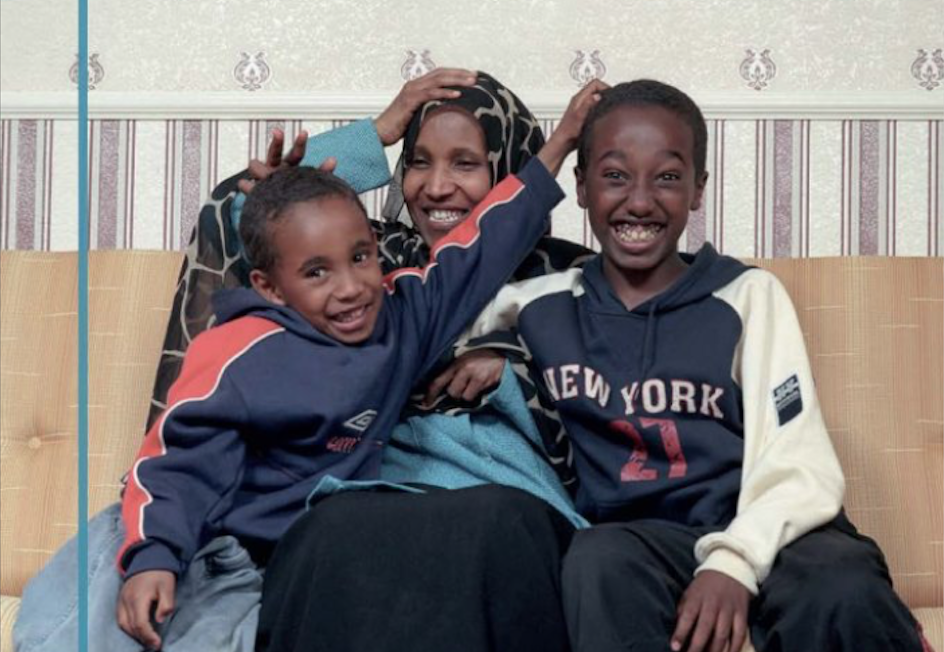 When Mohamed Kahin embarked on his PhD at IOE/UCL, he was already the author of the only book about the educational experience of the Somali community in the UK: Educating Somali Children in Britain, published by Gillian Klein at Trentham Press.

When Mohamed died unexpectedly, Gillian and I wished to make available to the wider public some of the important findings from his PhD research. So I embarked on writing up Mohamed’s research into book form. As I worked on the project I came to see how a voice from the younger generation in the Somali community would enrich the story I was telling through the lens of Mohamed’s research. Sagal Kahin, Mohamed’s daughter, provides this crucial dimension to the book, as she comments on key aspects of the research.

Our resulting book, Somali Parents and Schooling in Britain discusses the experience of Somali parents of the UK school system. It documents and draws implications from Mohamed’s research on attitudes of Somali parents, and Somali pupils to UK schooling, and it updates the debate and discussion about the Somali community in Britain in the light of a fast changing political and educational landscape. 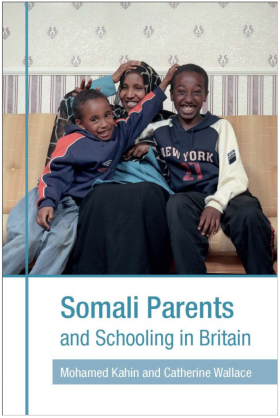 Chapter one sets out the reasons for this book-length study: despite large numbers of Somalis having settled in the UK, little has been written about the resources and needs of this community, particularly with regard to education. Chapter two documents life in Somalia and Somaliland and the complex psychological and physical journey that Somali immigrants make in coming to their new country. Chapter three offers a critical account of notions of ‘achievement’ and ‘parental involvement’. What do we mean by ‘achievement’ and what models of parental involvement are most helpful for communities such as the Somali community? Chapter four offers a detailed account of Mohamed’s research, exploring how supplementary and mainstream schools can best support parents in raising the achievement of Somali students. Chapter five tells the story of two parents, Yusuf and Amina and their experiences of the school system in the UK. The final chapter draws together the main conclusions from Mohamed’s research.

Mohamed’s research explored the experiences of Somali families through questionnaires and focus group interviews. The key findings from these revealed a very high value for education among Somali parents, and overwhelming agreement among students that their parents want the best for them. He also found that parents’ levels of English remains a barrier for many, and that schools are not always accessible to parents nor transparent in their expectations of parents.

This general picture was fleshed out in the two stories set out in chapter five, which documents in detail the experiences of two  Somali parents . Yusuf is a ‘two-step’ migrant who lived in Finland before coming to the UK. Amina battled against bureaucracy at the school gate before eventually becoming a valued member of the school community, as a parent governor. Their stories offer an illuminating and detailed picture of both positive and negative aspects of their experiences of UK schools as these quotes illustrate:

‘In Finland schools were so different (from UK schools)…teachers there were friendly, kind and caring. You can come to school any time of the day and you’re always welcome and you can see the head teacher if you want. Here it is so different: the school gate is always closed…’

“Becoming a school governor was not at all easy and the school management was initially reluctant to let me into the fold, even as a parent –  let alone a parent governor. When I asked to see the head teacher the school receptionist was antagonistic and dismissive …but I kept my cool and she finally relented… Anyway I met with the head teacher who warmly welcomed me…. He told me that he was looking for someone from the Somali community to initiate involvement in the schooling of their children… Within six months the Somali Parents Forum was successfully established and soon after I was co-opted to the schools’ governing body.”

Extensive research on the Somali community by Feyisa Demie and colleagues demonstrates that once Somali children reach competence in English, they make excellent educational progress. But there is still much that schools can do to improve their achievement by working with the Somali community. Demie and colleagues’ work highlights schools where Somali pupils do well. These schools can point the way for others. But there are no quick fixes or easy solutions: sustained effort is needed on many fronts. Once this is in place, the rewards are considerable for the whole school community.

Somalis have great strengths and unique cultural resources to share with the wider community. Amina’s story demonstrates a resilience in the face of setbacks. The community has deep funds of knowledge and experience, as people who have traversed the globe, as Yusuf’s story shows. Among the community there is a particularly high regard for education. Yusuf quotes a Somali proverb: ‘Aqoon la’aan waa iftiin la’aan’ (‘Without education there is no light’).

We hope that our book will be a helpful resource for teachers and parents as they work together to offer the best opportunities for Somali students in UK schools.

Catherine Wallace is Professor Emerita in Language and Literacy Education at UCL/Institute of Education.