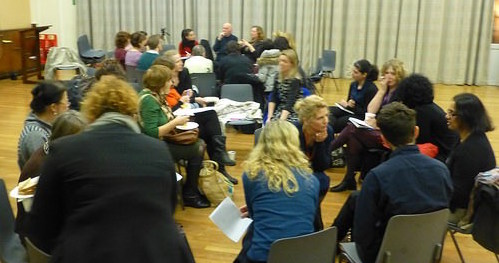 There has been a surge in EAL research over the past couple of years, but is it enough to give a solid evidence-base for teaching? In a guest post, Hamish Chalmers argues that it is not – yet – but sees much to be optimistic about for the future.

Teachers deserve high quality evidence, generated by trustworthy research, so that we can make informed decisions about how we meet the needs of our EAL learners. Teachers in the UK, however, are let down by a relative dearth of evidence that compares the effects of alternative approaches to teaching, and which has been generated by investigations conducted in contexts similar to the ones in which they work.

In a recent comprehensive review of studies that compare alternative ways of addressing the needs of EAL learners, Murphy and Unthiah (2015) found only one such study that had been carried out in the UK; and this was among an already very small body of this type of literature. While we can learn important lessons from intervention research done in the USA, Canada, and other places, teachers in the UK have their own particular questions and concerns relating to the education of a demographic group of children who differ in important ways to their North American counterparts. This is no minor point. Teachers have limited resources, and are under enormous pressure to show progress in their students. Alongside their professional expertise and judgement they need relevant, trustworthy research evidence, derived from their own contexts, so that they can be confident that they are using those resources appropriately to help rather than hinder their students’ progress.

To illustrate this general point, I will describe one area in particular where we have very little quality research to guide our practice, but which could conceivably be adequately addressed in intervention studies done in the UK.

Using EAL learners’ home languages in the service of learning their school language is considered axiomatic. We are told, for example, that learners should be read stories in their home languages before reading them in English (Gibbons 2009). The DfES suggested that bilingual TAs should discuss the content of a ‘big book’ in the home languages of EAL learners prior to working with it in English (Bourne 2002), and Schneider et al. (2016) propose the use of home languages for academic and social purposes as one of ‘Ten Grounded Principles for EAL’. However, as reasonable as these suggestions seem, there is precious little evidence to inform us of the effects of such approaches, compared with alternatives approaches.

The success of bilingual schools in the USA and Canada (Krashen and McField 2005) is often used to support the idea that home languages are helpful. However, there are lots of things going on inside these bilingual schools that could plausibly lead to that success but which are not about language use per se. For example, it is not unreasonable to assume that learning among peers and teachers who share the same cultural background could be responsible for the advantages we observe. By contrast, in the UK it is common to find huge cultural and linguistic diversity in our classrooms. To find out if it is the language practices of these schools that makes the difference we must test that hypothesis on its own terms.

Some research has been done to test the hypothesis that using home language in non-bilingual schools will lead to improved academic attainment, but it is extremely scarce. In a review of the literature that I am currently preparing, I located only seven studies that compared the effects on educational attainment of teaching approaches that use home languages with teaching approaches that use only the school language. This was from a pool of about 6,000 potentially relevant reports published since 1980. Moreover, all but one of these seven were carried out in schools outside the UK in which children were culturally and linguistically similar.  Taken together the findings of these studies are equivocal: three studies found in favour of using home languages, two found in favour of not using the home languages, and two did not detect a statistically significant difference in outcomes between the two.

So, to echo the point I made earlier, as a teacher with finite resources, struggling to find the most effective way to help my EAL students do well at school, how am I supposed to respond when someone tells me that I should be targeting some of those resources at approaches that use EAL learners’ home languages? Suitably robust evidence to inform my response is just not there.

One might despair that questions that matter to EAL teachers and students in the UK are being left unaddressed.  However, there is something we can do. The strap line to the EAL Journal is ‘A magazine of practice, research, and activism‘. If we, as teachers, want to ensure that the advice we get is based on trustworthy empirical evidence then we must get active in pushing for research that addresses the things that matter to us. In particular, we need to push for more research that compares approaches to teaching EAL learners so that we can be confident that our limited resources are likely to be well used.

The first thing to do is join NALDIC, of course. After that we should be joining professional networks of EAL educators, such as the various NALDIC Regional Interest Groups to discuss what matters to us and our students [there’s a full list of our local groups and what they’re discussing in every issue of the EAL Journal – ed.]. We should get together in journal clubs to critically assess the evidence that is being used to inform our pedagogical decisions, and share our findings with school leadership teams. We should attend ‘research into practice’ events like the one held at Reading University earlier this year, so that academics hear what matters to us, and use that information to inform new research agendas. We can volunteer our schools for participation in primary intervention studies so that relevant research is done in greater quantity in the UK. Finally, we can insist that we will take an evidence informed approach to our job of work. If teachers of EAL learners work together in these ways, then the uncertainty that characterizes much of what we take for granted can be gradually eroded.

Hamish Chalmers is a PhD candidate at Oxford Brookes University. He was formerly Director of EAL at Shrewsbury International School, Bangkok.

Murphy Victoria A. and Adam Unthiah (2015). A systematic review of intervention research examining English language and literacy development in children with English as an Additional Language (EAL). London: EEF